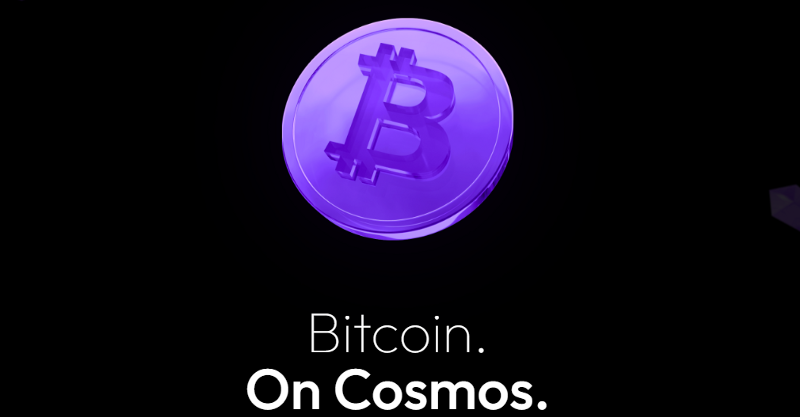 Nomic: A Non-Custodial Proof of Stake Bitcoin Sidechain on Cosmos

Bitcoin boasts of pioneering the entire cryptocurrency industry and providing a template for the blockchain. It is the first and most valuable cryptocurrency by market capitalization, with a large community of developers, investors, and adopters.

However, over the years, Bitcoin has mostly become a store of value with very slow transaction speeds and high fees, making it unsuitable for day-to-day transactions. What’s more, concerns over Bitcoin’s scalability, energy efficiency, and centralization have kept many institutional investors away.

Yet since the advent of Bitcoin, numerous blockchain projects have emerged to pick up from where Bitcoin left off and address its shortcomings. Cosmos is one such project that is looking to solve the scalability problem of blockchains by allowing different blockchains to interoperate with each other using its Inter-Blockchain Communication (IBC) protocol.

Nomic is a non-custodial Bitcoin bridge that now offers compatibility of the Bitcoin network to Cosmos’ IBC protocol using a layer-1 blockchain that is decentralized and secured with a proof of stake consensus protocol.

Here is everything you need to know about Nomic and how it enables the interoperability of Bitcoin with Cosmos.

To begin with, the Cosmos blockchain network is ever-growing. What started out as an antidote to Bitcoin’s scalability problem has now become a full-fledged ecosystem of interconnected blockchains.

Now, Cosmos is one of the most intuitive blockchain development platforms with a suite of tools that makes it easy for developers to launch their own blockchains or build on existing ones.

The Cosmos SDK is a modular toolkit that allows developers to create custom blockchains from scratch without having to reinvent the wheel. The SDK also has built-in features such as governance, staking, and tokenomics that can be easily integrated into a blockchain.

With Tendermint Core as the consensus engine that powers the Cosmos SDK, blockchains built on top of Cosmos can achieve fast and secure transactions with finality.

And finally, there’s IBC, which, as mentioned earlier, is the protocol that allows different blockchains built on the Cosmos network to interoperate.

Nomic is one of the latest Cosmos-based projects that aim to provide a non-custodial bridge for Bitcoin into the Cosmos IBC ecosystem.

Through Nomic’s layer-1 blockchain, Bitcoin holders can turn their BTC into an IBC-compatible token called nBTC and enjoy the full benefits of an interoperable Bitcoin. Nomic provides BTC holders with a practical and safe Bitcoin sidechain based on the Cosmos Tendermint consensus protocol.

Nomic does this by using a decentralized network that coordinates and manages Bitcoin reserves, thereby using smart contracts to facilitate a non-custodial bridge. In other words, Nomic allows you to lock your BTC in a decentralized smart contract while still being able to transact with it on the Cosmos network without worrying about the security loopholes that come with centralized custodial BTC bridges.

How does Nomic Work

Nomic’s BTC reserves are locked in a smart contract and can only be accessed through a special multi-sig contract. While no individual is in control of Nomic’s reserve wallet, network validators on the Nomic sidechain are assigned signatories of the reserve.

Therefore, users looking to access an IBC-compatible BTC will deposit funds into Nomic’s reserve wallet. Once the required amount of BTC is locked into Nomic’s smart contract, nBTC tokens are minted in a 1:1 ratio and sent to the user’s wallet.

The nBTC token can then be transferred across different blockchains on the Cosmos network using IBC. When the user is ready to redeem their BTC, they can do so by burning the nBTC token, which will then mint an equivalent amount of BTC that gets sent back to the user’s wallet.

First and foremost, Nomic is non-custodial, meaning that users always retain full control over their BTC. Trusting a centralized entity with your BTC is unnecessary when using Nomic.

Secondly, the Nomic network is secured through a proof of stake consensus protocol. Users who stake NOM on the network can earn more BTC. In other words, users can earn a return on their investment by simply participating in the Nomic network and helping to secure it.

Last but not least, Nomic’s Bitcoin reserve wallet makes use of the world’s more secure bridge through Taproot and Schnorr signatures, thus further beefing up the security of users’ BTC.

Moreover, Nomic is built by a team with a deep understanding of both Cosmos and Bitcoin. The Nomic team has led Bitcoin bridge development since 2018 and were early contributors to the Cosmos ecosystem.

Conclusion: More than a bridge

Nomic’s Bitcoin bridge is a move that is set to make a big impact on the cryptocurrency space. Not only does it offer users a non-custodial way to bridge BTC into the Cosmos network, but it also provides a number of other benefits that make it an attractive proposition for users looking to utilize the full potential of an interoperable Bitcoin. As the DeFi space continues to grow, most BTC holders have felt left behind due to the lack of options when it comes to using their BTC on DeFi protocols.

Nomic’s BTC bridge is a solution that offers BTC holders a way to participate in the DeFi space without having to give up control of their BTC.