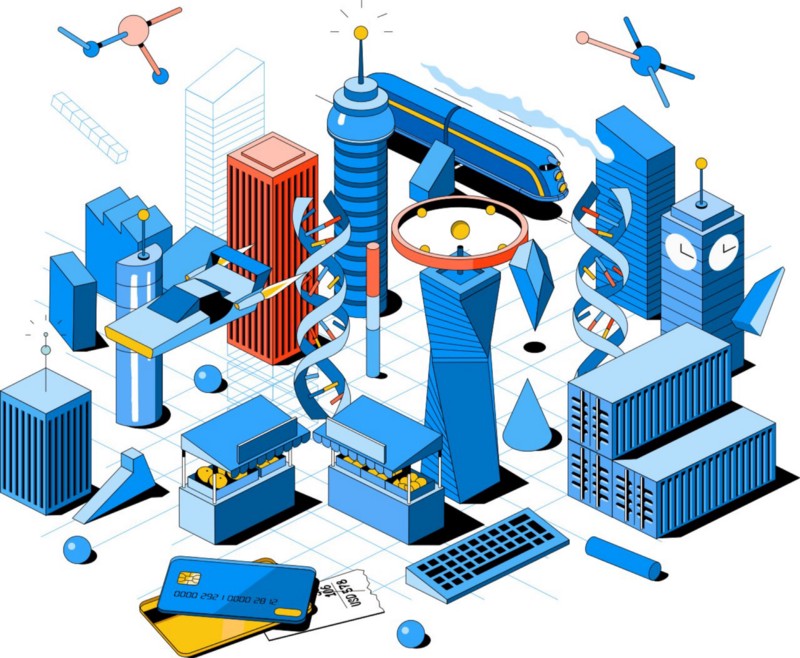 Transaction speeds are a big bottleneck to blockchain technology adoption. That’s because most industries handle large volumes of data at a go for them to function efficiently. For instance, in finance, centralized networks can easily handle over 100k transactions per second. Most blockchains are yet to get to such scaling levels. However, when using private smart contracts, it is possible for most networks to scale faster since the code can be optimized without fear of attacks.

Which are the best blockchains that offer private smart contracts?

There are multiple blockchains out there that offer private smart contracts. As such, it is important to apply due diligence when investing in such projects. As a rule of thumb, only invest what you can afford to lose. Also, always make sure to scrutinize all aspects of the project, over and above the fact that it has private smart contracts.

One of the key features to consider when investing is the project’s ecosystem. The ecosystem is an indicator of how well the cryptocurrency is being accepted in the market. The bigger the ecosystem, the higher the odds that you are investing in a cryptocurrency that has a good chance of success long term.

You also need to consider the team behind it. As a rule of thumb, go for one that has a big team that is technically well equipped. This assures you that they have the capacity to implement all their key milestones, over and above the hype that characterizes most cryptocurrencies.

Using these metrics, one of the best private smart contracts cryptocurrencies to consider is Oasis Protocol.

What Is Oasis Protocol?

The oasis Network is a proof-of-stake decentralized network. It has two main components: the ParaTime Layer and the consensus layer.

Oasis network is the top privacy-enabled and scalable layer one blockchain network to propel web 3. Because of its high throughput and secure architecture, it can power private and scalable DeFi. Oasis protocol revolutionizes Open Finance and expands it beyond traders and early adopters to a mass market.

Its unique privacy features redefine DeFi and create a new digital asset called Tokenized Data. This enables users to take control of the data they generate and earn rewards for staking it with the application. Undoubtedly, it’s creating the first-ever responsible data economy.

Their team is made up of top talent from around the world. Some have backgrounds from Apple, Google, Amazon, Goldman Sachs, UC Berkeley, Carnegie Mellon, Stanford, Harvard, etc. They are all committed to growing and expanding the impact of the Oasis Network.

Oasis has numerous features that help it stand out from the market. Some of these key features include:

Tokenized data enables users to earn rewards by staking their data with apps they want to control. The user can also analyze their most sensitive information depending on their services.

The confidentiality feature unlocks a range of new use cases on the blockchain. It allows personal or sensitive data, such as their social security number, health information, and bank statements, to be used by apps on the Oasis Network. Most Layer 1 networks don’t enable this making it risky to perform similar tasks.

ROSE token is the primary token in the Oasis protocol. Thus, the Oasis Web Wallet is the best way to store and stake your ROSE. It is the native, and settlement token for the Oasis Network. Additionally, it is used for staking and delegating on the Oasis Consensus Layer and smart contract operations that require fees in ParaTime.

The ROSE token is used for transacting fees, staking, and delegation at the Consensus Layer.

There is also the Oasis Browser Extension, a Chrome-based wallet with all the core features of the Oasis Web wallet. It’s compact and easily uses ROSE in Dapps built on the Oasis Network. It enables you to Transfer ROSE to a new wallet effortlessly.

There are different ways you can stake rose tokens. You can participate in community activities, become a validator, or get a rose grant.

The Oasis Web Wallet is the best way to store and stake your ROSE. it contains robust

The Oasis Foundation was built to foster a global community around the Oasis ecosystem. It supports its growth and decentralization. The Foundation is a not-for-profit organization and comprises an international team with Europe, Asia, and North American members.

Here are some of its core activities.

There are different ways to become a member of the oasis protocol. Examples include

There are many private smart contract platforms in the market today. This growth is driven by the potential adoption of private smart contracts in the finance industry. One of the best to consider is Oasis Protocol. That said, always remember that all cryptocurrency investments carry risk, and it is best to only invest what you can afford to lose.

Top DEXs on Solana Ecosystem to Simplify Your DeFi Trading

Step-by-step: How to Stake $ROSE (Oasis Network) with Ubik Capital on the official Oasis Wallet