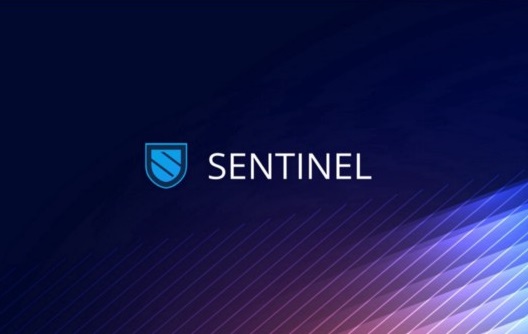 Over the past few decades, internet use has grown significantly, offering people and organizations alike multiple benefits. With the number of people using the internet daily expanding rapidly, so does the information that they share. Over time, big tech companies have been increasingly threatening the internet’s ability to store and transmit information through censorship. Apart from this, such companies have been engaging in mass data collection, consequently violating the right to access information and privacy.

To circumvent this right infringement, people started using virtual private networks (VPNs). Through VPNs, people can bypass geographical restrictions and access content that is restricted to specific regions. However, the current VPN providers are centralized organizations that cannot be trusted will sensitive information. Over the past few years, researchers have found that VPN providers have been intentionally collecting and storing user data, creating security vulnerabilities in the process.

Apart from this, these firms cannot prove the authenticity of their claims, and their services cost an arm and a leg. This means that the VPN industry, which is growing at a rate of 15% annually to potentially hit $75 billion by 2030, operates as a cartel.

Leveraging the blockchain to disrupt the VPN industry

Looking to address this problem, Sentinel went live as a platform that seeks to facilitate universal internet access in a trusted and provable way. To achieve this, the project allows both individuals and organizations to develop cost-effective, scalable, and decentralized networking solutions on top of its Cosmos-based blockchain network. To streamline the development process of these solutions, Sentinel lets users tap into its decentralized consensus, open-source networking integrations, and a distributed community, which is based on the node network.

Specifically, Sentinel seeks to provide a framework that supports the development of decentralized virtual private networks (dVPNs). This framework would tap into the Cosmos Inter Blockchain Communication (IBC), which enables cross-chain interoperability.

Advantages of using a dVPN

Unlike the VPN services that are currently available in the market, a decentralized virtual private network can offer:

Sentinel eliminates the need for exit node management to prevent dVPN operators from getting DMCA requests. The network instead integrates its community-based node hosts, allowing dVPN owners to create service contracts and quality standards. This also allows them to manage server ownership seamlessly.

Sentinel’s open-source design mitigates security vulnerabilities, seeing as third parties will regularly review the network. By weeding out any weaknesses, they will help address security threats that dVPNs might have.

To ensure dVPN providers have a seamless experience while receiving payments, Sentinel will allow the use of fiat currencies and Cosmos IBC-supported cryptocurrencies. The pricing of bandwidths will be in fiat currencies. Also, while dVPN hosts can receive payments in fiats and cryptos, they will have to pay for the infrastructure that supports nodes in fiats only. Apart from supported cryptos, users can also use the Sentinel token to pay for dVPN services.

The Sentinel ecosystem will boast two payment models. These are real-time and pre-paid.

A real-time payment option will be applicable where dVPN hosts intend to let users pay per the amount of data they consume. This method will also give the hosts the ability to set specific prices for their services. To ensure no one is defrauded in this payment option, Sentinel has an escrow service that requires a user to lock an agreed-upon amount of money in escrow before proceeding to create a connection through a dVPN. On the other hand, the Sentinel Proof of Bandwidth protocol will ensure users get what they pay for.

In a pre-paid model, dVPN users will be able to purchase access to the service for a specified period. In this option, users will get unlimited bandwidth for the period they have paid for.