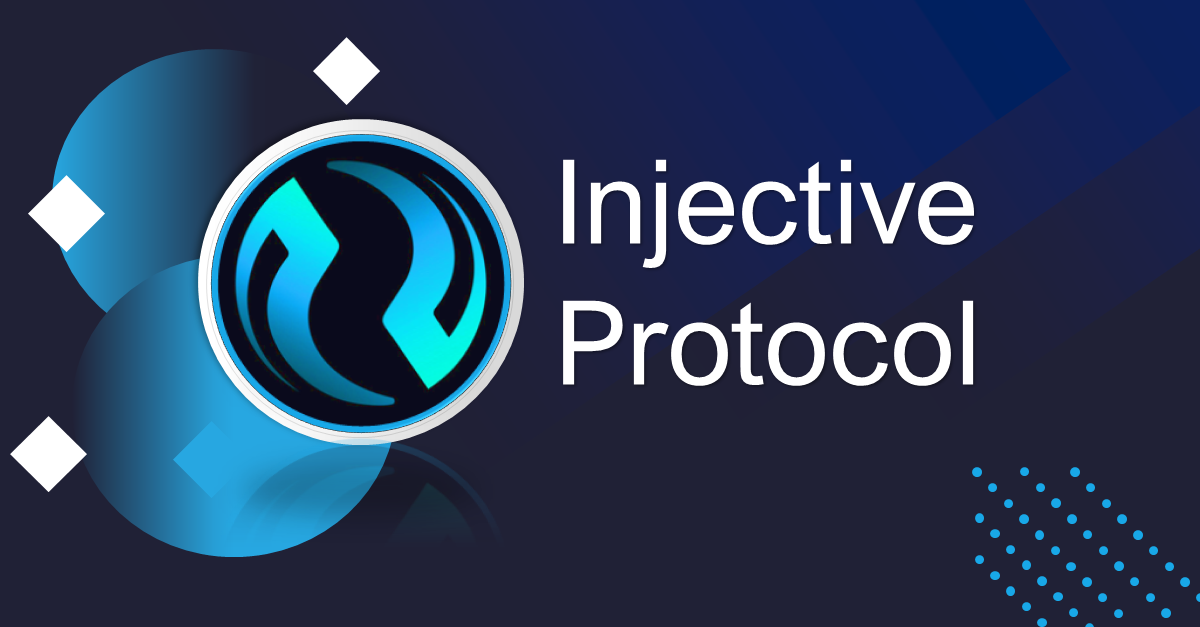 Decentralized finance (DeFi) is hot right now with excitement about the world of possibilities it unlocks. With every newly developed project looking to stand out, a variety of decentralized exchanges, lending and borrowing platforms, and liquidity mining aggregators have emerged.

Injective Protocol, however, is by no means a new kid on the block. This project has been around for the past three years starting back from 2018 when its whitepaper was released. However, unlike most ICO-hungry projects that launched at the time, Injective Protocol’s founders and developer team have been working on creating a fully decentralized order book derivatives exchange protocol.

Here is a detailed guide and presentation of what Injective Protocol is all about.

So, what is Injective Protocol?

To understand how Injective Protocol stands out from other decentralized exchanges, it’s important to first recap on the whole idea of an exchange.

While centralized exchanges are known for their ease of use, an intuitive interface, and optimum performance and functionality, DeXs are lauded for their non-custodial feature.

Essentially, when you visit a DeX such as Uniswap you get to swap tokens without relinquishing control over your assets. However, by insisting on a decentralized framework, most decentralized exchanges have limited functionality and are difficult to scale. Uniswap, for instance, suffers skyrocketing transaction fees whenever there is congestion on the Ethereum network.

Centralized exchanges might offer the convenience and functionality of trading various instruments; however, you are not in control of your coins and that presents a huge vulnerability. Besides, the whole idea of being involved in the crypto space is to access the freedom that comes with decentralized finance as a whole.

How Injective Protocol stands out

The platform was designed to be a completely permissionless, decentralized, and highly performant exchange that enables speed and instant accessibility at zero gas fees.

Essentially, Injective improves on the functionality of existing decentralized exchanges and delivers a protocol capable of handling and maintaining high transaction speeds on a truly decentralized network.

Albeit the decentralized custody of automated market makers such as Uniswap or Pancakewap, the developer team maintains operation of the actual infrastructure. With Injective, platform users have control over more than their assets as the protocol gives them a way of controlling the infrastructure of the exchange using a governance token. Essentially, any user can set up their own derivatives market thus cultivating a community-driven ecosystem.

The Injective Protocol can achieve its high functionality thanks to the fact that it is built on Cosmos (proof of stake blockchain that is designed for customizability and interoperability).

Rather than prioritize its agenda, Cosmos is designed to foster an ecosystem of blockchain networks that share data among each other as well as feature token programmability without any governing central entity.

Cosmos features a three-layer structure where there is an application layer for processing transactions, a networking layer that allows different blockchains to communicate as well as a consensus layer that secures the network.

The consensus layer comes with the Tendermint BFT engine which is an algorithm that validates transactions on the blockchains connected to the Cosmos ecosystem. It also allows nodes to agree on the current state of the system.

Injective is built on Cosmos through the Cosmos Tendermint standard that is designed as a side-chain (a separate but parallel blockchain ) for derivatives trading.

This allows Injective Protocol to inherit the fully decentralized attributed of the Cosmos blockchain with access to a variety of features such as the Cosmos Gravity Bridge which allows the transfer of value between the Cosmos ecosystem and the Ethereum network.

With Ethereum as the biggest platform for decentralized applications, Injective Protocol features an Injective Bridge Smart contract that communicates with the Ethereum network thanks to a bi-directional ERC-20 token.

This feature allows users on the Injective network to send their digital assets native to Injective, back and forth between the two blockchains. The aim here is to create an interoperable ecosystem that allows different blockchains to share data.

The future of order-book based decentralized exchanges

Injective is building the foundation for a new decentralized economy. Its features enable interoperability, scalability, and performance like never before thus allowing crypto traders to enjoy the benefits of a decentralized but highly functional exchange. Injective Protocol is not only pioneering a new generation of decentralized exchanges but also a new internet where the user has full control while enjoying all the benefits.

Ubik Capital secures major networks such as Solana, Cosmos Network, ICON, Avalanche, Band Protocol, Crypto.com, Harmony, Oasis Protocol.
Ubik Capital has supported Injective Protocol since the first Testnet and were winners of the Equinox Staking Validator Awards with the greatest number of verified INJ delegators.
Ubik Capital is fully committed to ensuring our node is provisioned with sufficient resources, properly hardened to resist cyber-attacks, and redundancy through a backup node to minimize downtime.

We’d love to delegate to us: https://staking.injective.network/validators/
Be a part of our community